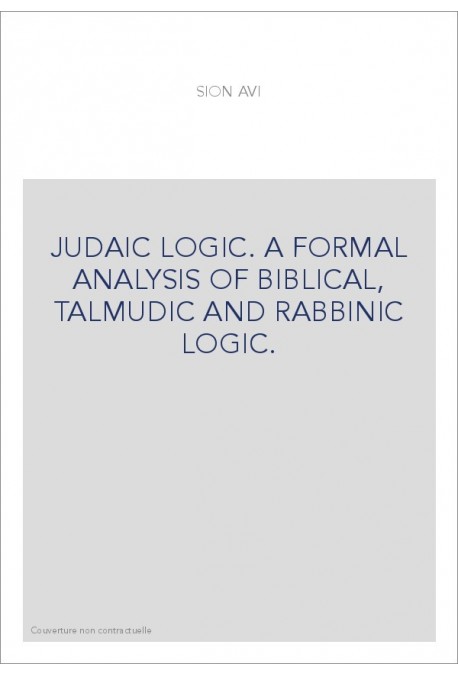 A Formal Analysis of Biblical, Talmudic and Rabbinic Logic

Judaic Logic ranges far and wide in Jewish lore, finding clear evidence of both inductive and deductive reasoning in the Torah and other books of the Bible, and analyzing the methodology of the Talmud and other Rabbic literature by means of formal tools which make possible its objective evaluation with reference to scientific logic. The result is a highly original work - incisive and honest, free of clichés or manipulation.The author succeeds in translating vague and confusing hermeneutic principles and examples into formulas with the clarity and precision of Aristotelean syllogism. Among the positive outcomes are a thorough listing, analysis and validation of the various forms of a-fortiori argument (the most deductive aspect of Judaic logic), as well as a clarification of dialectic logic. However, on the negative side, this demystification of Talmudic/Rabbinic modes of thought reveals most of them to be, contrary to the boasts of orthodox commentators, far from deductive and certain. They are often, legitimately enough, inductive. But there are also often unnatural and arbitrary constructs, supported by unverifiable claims and fallacious techniques. Many other thought-processes, used but not noticed or discussed by the Rabbits, are identified in this treatise, and subjected to logical review. Various explicit Rabbinic doctrines, which have logical significance, are also examined in it. In sum, Judaic Logic should be read by all those interested in the foundations of Jewish law and religion, as well as by anyone interested in the theory, practise and history of logic.