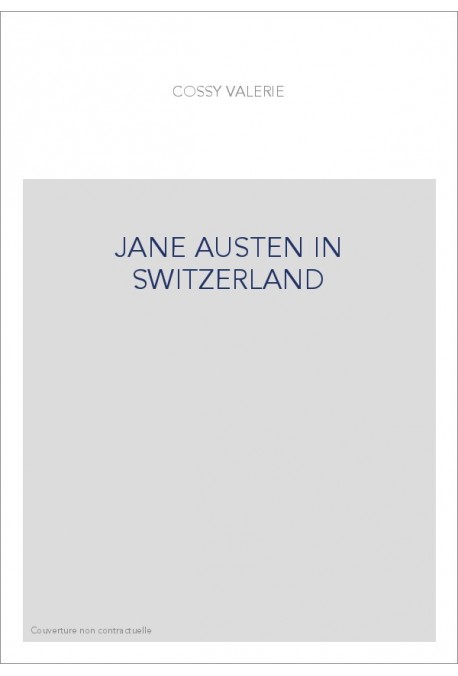 A study of the Early French Translations

Jane Austen's novels are among the best-loved in all of English literature. They are read and admired by a large audience in the English-speaking world, uniting highbrow criticism and popular culture. In the French-speaking world, on the other hand, Jane Austen is relatively unknown. Her novels may have been available in translation since the beginning of the nineteenth century, but French readers remain largely unaware of her canonical status in her own culture. She is for them the charming author of some pleasant romantic novels, but hardly a serious writer. A great novelist in the view of English and American literary criticism, she is little more than a quintessentially English spinster for French readers. Focusing on the early moment of the French reception of Austen's work, this book charts the origin of this discrepancy. Pride and Prejudice and Mansfield Park were the first of Austen's novels to appear in French in a periodical called the Bibliothèque Britannique, published in Geneva between 1796 and 1815. The editors of the Bibliothèque Britannique aimed at the dissemination of British material over the continent. In their hands novels were trimmed to become suitable reading for "mothers and daughters". A translation of Sense and Sensibility and then of Persuasion soon followed. These were the work of Isabelle de Montolieu, a rather formidable literary figure in the French book trade of the early nineteenth century. From her house near Lausanne, the baronne Isabelle de Montolieu, as she was known, made a living out of her numerous adaptations from German and English fiction, which she knew how to transform in order to please French readers. Her name and reputation were to eclipse those of Jane Austen for a long while.