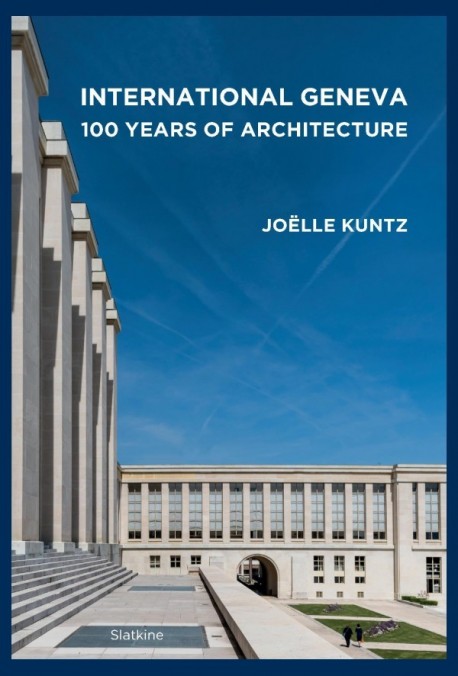 A century has passed since the League of Nations, the new organ of interstate relations established in the wake of the First World War, arrived in Geneva. International diplomacy was to become democratic, and its deliberations public. The League would occupy a “palace,” the “Palais des Nations.” To manage it all, thousands of offices were needed.

The view of Mont Blanc from the charming site allocated to the League on the right bank of the lake was Geneva’s welcome gift. The idyll of lake and mountains celebrated by the Romantics in the  nineteenth century became the daily view of the international civil servants who were reshaping the world in the twentieth century.

This book retraces the various stages leading to the construction of the buildings that make up the city’s international quarter today.

The turbulent history of office architecture writ large is embedded in the canton’s small territory, featuring, from the start, a quarrel about modernity, instigated by Le Corbusier over the Palais des Nations. From the austere stone building inaugurated in 1926 for the International Labour Organisation to the glass bubbles occupied by the Maison de la Paix since 2014, this architectural journey is recounted for the first time here.

Luca Fascini, photographer, has taken most of the pictures in this volume.