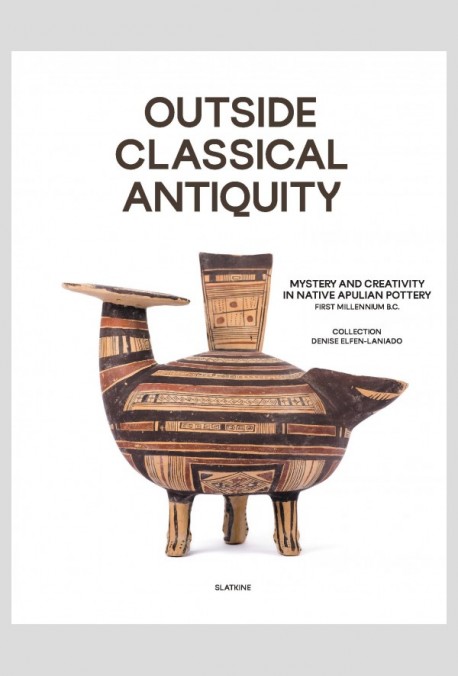 In ancient Apulia (Puglia in Italian), the Iapygians, the indigenous  people who lived on the fringes of the Greek cities, produced a rich  pottery that stood apart from that of the colonists.

Still relatively little studied and almost unknown outside a narrow  circle of specialists, this pottery is astonishingly original. It is  characterized by specifi c forms of enigmatic purpose – horned  handles, zoomorphic heads with hallucinatory stares, solitary hands,  spindly fi gures and polychromy - which plunge us into an unknown  world, without savagery, yet very close to nature. Intended  to  accompany the dead in their tombs, the vases and figurines express  a surprising vitality that testifies to a faith in the afterlife.

Although rigorous from an archaeological point of view, this book  calls for a preface highlighting the unexpected modernity of this  ancient art. The task was undertaken by a member of Picasso’s inner circle.

The works presented here form part of a private collection,  undoubtedly the most diverse of its kind and most complete on the subject.